This article was originally published in Arabian Gulf Business Insight on 17 October 2022.

Venture capital received by Egyptian startups, mainly based in Cairo, has grown 176% year-on-year

Almost 20 percent of African tech startups are based in Egypt, and the vast majority in its sprawling capital of 10 million inhabitants. Egypt is Africa’s tech hub and Cairo is its heart.

According to Access Partnership, a public policy consultancy focused on technology, more than a third of Egypt’s startups have benefited from national incubator or accelerator programmes from the likes of Flat6Labs, AUC Venture Lab and Falak. Investors are taking notice.

Venture capital received by Egyptian firms has grown swiftly over the past five years and in 2021 the Egyptian ecosystem grew by 176 percent year-on-year.

Egyptian firms such as Algebra Ventures, A15, Endure Capital and Cairo Angels are doubling down on their investment in the country’s early-stage startups.

In early October, Algebra announced that it had raised $100 million from partners for its second, Egypt-only investment fund.

“This is a testament to the potential of tech entrepreneurship in Egypt,” Karim Hussein, Algebra Ventures’ managing partner, told AGBI.

“A strong vote of confidence comes from our first fund investors, who have invested larger tickets in fund two, coupled with commitments from new investors who share our vision for the potential of VC in Egypt and the region.

“The founders, LPs and fellow investors have transformed Egypt into the fastest growing entrepreneurial ecosystem across the Middle East and Africa.”

Hussein said the expansion of Egypt’s tech scene over the past three years had exceeded his expectations.

“Growth rates, capital deployed, sophistication of investors and the track record of entrepreneurs are all pointing to unparalleled growth,” he added. 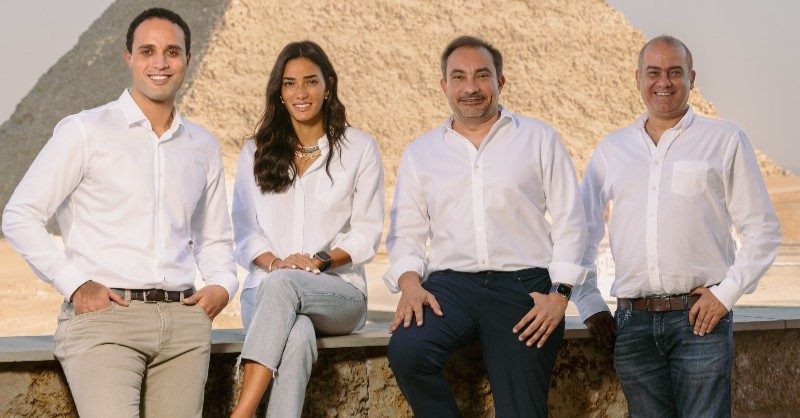 According to Amal Enan, chief investment officer of the American University in Cairo’s endowment and the manager of her own venture capital firm, The Lotus Capital, Egypt benefits from “a combination of the size of the market, depth of the talent and the infrastructure and regulatory environment that allows for scaling, growth and potential acquisitions.”

It also has a geographical advantage. At the border of Africa and West Asia, its location and domestic market make it a perfect springboard for Gulf companies to expand into Egypt and then into Africa, and for African companies to move the other way.

“We’ve seen it a lot: ground-floor companies from the Gulf expand into Egypt first and then start to enter Africa,” or vice versa, said Enan.

She pointed out various broad government initiatives, such as the national AI Strategy, as well as more focused and localised initiatives aimed at bolstering the startup ecosystem, such as the Ministry of Communications’ efforts to open creative innovation hubs across the country in six different universities.

Registration of businesses, formalising employee contracting, and managing social security benefits – “all of these things still need to be more easily accessible,” she said.

Formalising employee contracting, in particular, would benefit Egypt, which has an informal sector — untaxed and existing outside official statistics — that some estimate could be worth up to 60 percent of the overall economy.

But the informal sector represents an opportunity for startups too, particularly those working in fintech. According to a 2021 report by Fintech Egypt, last year over 110 fintech startups were doing business in Egypt, and 70 percent of those already had a product in the market.

That same report noted that “$250 million has been injected into Egyptian fintech and fintech-enabled startups in the last five years, from barely $0.9 million in 2017 to $159 million in 2021.”

Egypt’s financial services sector is “underserved”, said Enan, so the fintech sector, which plugs those holes for the everyday person, will continue to grow. Similarly, the coronavirus pandemic gave e-commerce “the push it needed for adoption.”

She predicted that mobility and logistics, due to transport bottlenecks, will grow. Enan and Ihab also highlighted the potential of healthtech.

Ihab said: “There’s been investments, there’s been growth (in e-health), but I still think there’s more to be done in terms of leveraging the startup community and ecosystem, and leveraging the technology of today to better deliver healthcare across the country.”